E-cigarette sales to inmates in jails seems to be a good business for cash-strapped counties that provide a little extra income for the facilities.

Teens aren’t the only ones obsessed with vaping, it seems. Inmates are doing it too.

At least seven states (including Texas, Oklahoma, Illinois, Ohio, South Carolina, Kentucky, and Alabama) now permit the sale of e-cigarettes in jails, and, as one recent report noted, e-cigs “have quickly become one of the most sought-after items in jail commissaries.” Perhaps that’s not too surprising: Real cigarettes are banned in federal prisons, but e-cigarettes are largely unregulated. Plus, you can imagine why a prisoner might want to smoke them.

But the seedier underbelly of the jail e-cig boom is that it’s not being driven by inmate demand. In fact, it’s actually the sheriffs who want them the most. Why? In a nutshell, money: E-cigarettes are a cash cow for county jails that receive commissions for every e-cig sold in the jail’s commissary. Some sheriffs, though, might be getting a little too greedy.

In the last couple of years, private jail e-cigarette vendors have popped up with names like “JailCigs” and “eCigs 4 Inmates” and “CrossBar.” Their pitch to sheriffs is enticing: The companies sell the e-cigarettes to inmates for as much as $15 each — a 400 percent markup — and promise commissions as high as 25 percent. Those commissions, at least theoretically, are placed into “inmate welfare funds” which are used to make improvements to the correctional facility. 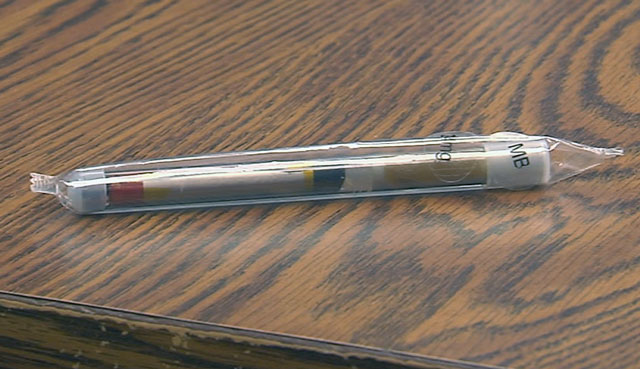 Precision Vapor, an e-cigarette company based in Lexington, Kentucky, exhibited at the recent Tennessee Sheriffs Association conference under a banner that read: “Earn $1000s for your jail.”

These companies have capitalized on a basic fact about rural jails in America: The facilities are often cash-strapped and looking to raise money by charging inmates and their families for new products. CrossBar, for instance, boasts on its website that over “$7,000 of additional revenue is generated each month from sales of the CrossBar Electronic Cigarettes” in one small county jail in Kentucky.

But a series of investigative reports by the Murfreesboro Post in Rutherford County, Tennessee, has uncovered a potential e-cig jail scandal in the making. According to documents uncovered by the Post, the owners of JailCigs, John and Judy Vanderveer, are actually the uncle and aunt of Rutherford County Sheriff Robert Arnold, who inked a contract with the company to sell e-cigarettes to prisoners in his county. Worse, the reports uncovered that Sheriff Arnold is actually an investor in JailCigs.

The Tennessee Bureau of Investigation confirmed they are investigating the case, and on Thursday, the county commissioners office plans to hold an ethics hearing that will decide if Arnold is guilty of any wrongdoing.

A group of local Rutherford County citizens, led by Steve Lane, a construction manager, are currently running campaigns to oust Sheriff Arnold. Lane, reached by telephone Wednesday, said Sheriff Arnold claimed the money generated by e-cigarette commissions had been placed in a special fund for inmates, but “nobody can account for it.”

“He’s told everybody that it’s going to this fund, but no one knows where the money is,” Lane said. “Who knows how much there is? It could be 10 bucks. It could be tens of thousands of dollars.”

Sheriff Arnold, reached by telephone, declined to comment. A message left on the answering machine for JailCigs was not returned.

With 2.2 million inmates locked up around the country, it doesn’t take an MBA to realize that e-cigs are quickly becoming a huge business for entrepreneurs and county jails alike. But it’s a fairly unregulated marketplace — a Wild West, in some ways — and controversies are beginning to swirl.